Recent work on the functional neurobiology of insects seems to suggest that insects may well be conscious, and some philosophers are starting to grapple with the potential ethical implications of this research. Dustin Crummett is one such philosopher. In his new paper, "The Problem of Evil and the Suffering of Creeping Things" (International Journal for the Philosophy of Religion, forthcoming), Crummett explores the implications of insect suffering for the problem of evil. Here's the abstract:


Even philosophers of religion working on the problem of non-human animal suffering have ignored the suffering of creatures like insects. Sensible as this seems, it’s mistaken. I am not sure whether creatures like these can suffer, but it is plausible, on both commonsensical and scientific and philosophical grounds, that many of them can. If they do, their suffering makes the problem of evil much worse: their vast numbers mean the amount of evil in the world will almost certainly be increased by many, many orders of magnitude, the fact that disproportionately many of them live lives which are nasty, brutish, and short means that the proportion of good to evil in the world will be drastically worsened, and their relative lack of cognitive sophistication means that many theodicies, including many specifically designed to address animal suffering, would apply to their suffering only with much greater difficulty, if at all. Philosophers of religion should therefore more seriously investigate whether these beings can suffer and what, if anything, could justify God in allowing as much.

Christian Miller reviews the book for NDPR.
at February 06, 2017 No comments: 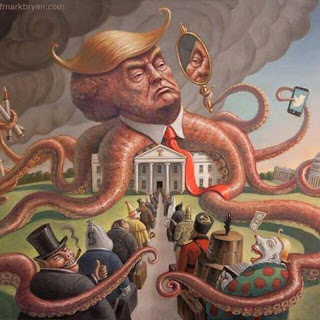 Email ThisBlogThis!Share to TwitterShare to FacebookShare to Pinterest
at February 03, 2017

I'm really enjoying Oppy and Pearce's new debate book, Is There a God? A Debate (Routledge, 2021) . Here's the blurb: Bertrand ...