Graham Oppy on "What Norms or Values Define Excellent Philosophy of Religion?"

Hi Gang,
Just wanted to check in and say that I hope your summer is going well. 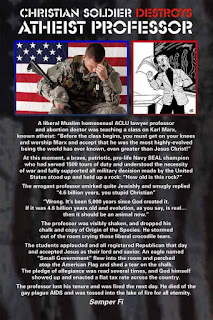 Recent versions of the cosmological argument deploy weaker causal and explanatory principles to make them more plausible: Perhaps the evidence isn't strong enough to support the claim that, necessarily (or at least, actually), every object or state of affairs (or some proper subclass thereof) has a sufficient reason or efficient cause of their existence or obtaining. And perhaps such principles beg the question against the atheist by assuming the causal or explanatory structure of a theistic universe. But surely (so the thought goes) the atheist's intuitive evidence supports the weaker claim that everything can have an efficient cause or sufficient reason. Such arguments go on from there to argue that a theistic conclusion can be gotten from such weaker principles.

In the same spirit, I think the principle of material causality can be weakened so as to be adequately supported by even the theist's intuitive evidence:

Now my own view is that a much stronger version of PMC is true -- viz., that it holds of metaphysical necessity. However, I'd be willing to bet that most people believe that PMC is non-vacuously true in at least the actual world, and for good reason: it's intuitive, it has no uncontroversial exceptions, and it's encoded in the well-confirmed conservation laws of physics. A fortiori, then, I think that even the theist has enough intuitive evidence to warrant the claim that there is at least one possible world W in which such a principle is non-vacuously true. But if so, then in W, there are concrete objects that are made, and all concrete objects that are made are made out of other things or stuff. And if so, then no concrete objects in W that are made are made ex nihilo, in which case no god or gods made them ex nihilo in W. But on classical Anselmian theism, for any world that contains concrete objects or stuffs distinct from God, at least some of those objects or stuffs were made ex nihilo.  It follows that the god of classical Anselmian theism doesn't exist in W. But if so, then by (i) the fact that classical Anselmian theism entails that God is a metaphysically necessary being, and (ii) Axiom S5 of S5 modal logic, it follows that such a God doesn't exist in the actual world, either.

Therefore, one can generate a successful argument from material causality against theism with even  a very weak version of PMC. How powerful of an argument is it?

Very powerful, I'd say. To see this, consider the following line of reasoning. Leaving aside formal and final causes, there appear to be four possible scenarios for causal principles that govern a universe:

The argument from material causality also has other epistemic functions that are slightly weaker, yet still important. First, it can show that the theist incurs a theoretical cost by rejecting Weak PMC, as it seems to be supported by just about anyone's intuitive evidence (at least prior to reflecting on its implications and revising one's web of beliefs). Second, it can function as an undercutting defeater for the newer versions of cosmological arguments mentioned at the beginning of our discussion.

In at least these ways, then, it seems to me that the argument from material causality is very powerful indeed.
at July 07, 2018 No comments: