In the Long Run, This Sort of Thing WIll Only Hurt the Credibility of Your Cause

DeCruz on Two Puzzles About our Recognition of Order and Inference of Design...

On another occasion, we noted Linda Zagzebski's important new book, Epistemic Authority: A Theory of Trust, Authority, and Autonomy in Belief (OUP, 2012). Matthew Benton provides a thoughtful evaluation of the book in "Believing on Authority", European Journal for Philosophy of Religion (forthcoming).
at March 20, 2014 No comments:

Toward a Leibnizian Cosmological Argument Against Theism

So here's a sketch of an argument I'm toying with that's in the same vein as several others I've discussed here recently:

Suppose you think, along with a number of proponents of the Leibnizian cosmological argument, that at least the following version of PSR is true: every object has a sufficient reason or explanation for existence, either in terms of (a) something else or (b) its own nature. Call beings of the former sort 'contingent beings', and call beings of the latter sort 'necessary beings'. Suppose further that you think (again, along with proponents of the Leibnizian cosmological argument) that contingent beings can't be fully explained merely in terms of just other contingent beings, no matter how many (and for the usual reasons offered). If you grant all of this, then it looks like you have good grounds for thinking that at least one necessary being exists that explains the existence of contingent beings.

However, I worry that the train of reasoning the theist has invited you to follow will take her where she doesn't want to go. For it seems to me that there are good grounds -- grounds at least as good as those in support of PSR -- for thinking that all concrete stuff that has an originating cause or a sustaining cause must have a material cause. But if so, then if classical theism entails that contingent beings require an originating cause or a sustaining cause without a material cause -- i.e., if classical theism entails that God creates or sustains the universe ex nihilo -- then the God of classical theism cannot provide a sufficient reason or explanation for the existence of contingent beings. Rather, it looks like matter -- or whatever matter is ultimately made of -- is the only kind thing or stuff around that can suitably occupy the role of necessary being.

In short, PSR seems to entail the falsity of classical theism. Indeed, it looks like the prospects don't look too shabby for an argument that PSR entails naturalism (or at least something close enough to naturalism for classical theists to find unpalatable).
at March 18, 2014 No comments:

Philosophy of Religion at the 2014 APA Pacific Division Meeting

Looks like there will be a good colloquium on skeptical theism on Friday morning:


Please shoot me an email if you'd like me to highlight any other talks at the conference.
at March 16, 2014 No comments: 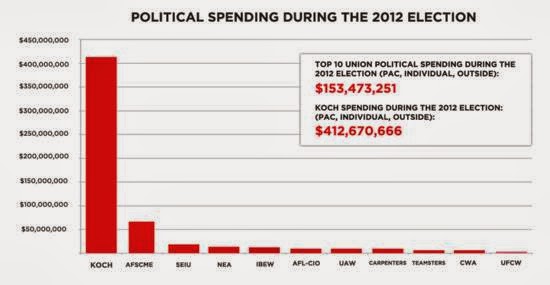 On the Craig vs. Carroll Debate

A number of you have emailed me about the Craig vs. Carroll debate, so I have decided to relent and link to it. Here you go. Thanks to Justin Schieber for the pointer to the link. Other relevant links include Carroll's post on his thoughts after the debate, Jeff Lowder's post on it, and Craig's pre-debate remarks.

Since I find most interesting the stuff on the Borde-Guth-Vilenkin theorem, I thought I'd post a quote from Carroll on Craig's appeal to it:

The second premise of the Kalam argument is that the universe began to exist. Which may even be true! But we certainly don’t know, or even have strong reasons to think one way or the other. Craig thinks we do have a strong reason, the Borde-Guth-Vilenkin theorem. So I explained what every physicist who has thought about the issue understands: that the real world is governed by quantum mechanics, and the BGV theorem assumes a classical spacetime, so it says nothing definitive about what actually happens in the universe; it is only a guideline to when our classical description breaks down. Indeed, I quoted a stronger theorem, the “Quantum Eternity Theorem” (QET) — under conventional quantum mechanics, any universe with a non-zero energy and a time-independent Hamiltonian will necessarily last forever toward both the past and the future. For convenience I quoted my own paper as a reference, although I’m surely not the first to figure it out; it’s a fairly trivial result once you think about it. (The Hartle-Hawking model is not eternal to the past, which is fine because they imagine a universe with zero energy. In that situation time is an approximation rather than fundamental in any case — that’s the “problem of time” in quantum gravity.)

Sadly, Craig never responded to my point about the QET. Instead, he emphasized another “theorem” in a paper by Aron Wall. This is a great paper, well worth reading — but it doesn’t say what Craig wants it to say, which I was only able to check after the debate. Wall (like BGV) proves theorems that apply to semiclassical gravity (classical spacetime with propagating quantum fields — see comment from Aron below), and then speculates “the results may hold in full quantum gravity” and “there is a reasonable possibility that the Penrose singularity theorem can be proven even in the context of full quantum gravity.” As good as the paper is, proving a theorem in the semiclassical case and then opining that it is probably extendable to the full quantum gravity case does not actually represent a “theorem” about the quantum case. And in fact I think it’s highly unlikely to be extendable in the sense Craig wants it to be, since the QET says that’s impossible (unless the universe has zero energy or a time-dependent Hamiltonian, in which case it’s easy to avoid eternity). But I had never seen Wall’s paper before, and Craig didn’t give a precise statement of the purported theorem, only the above quote about “reasonable possibility”; as a result I didn’t know the range of applicability of the “theorem” or its assumptions, so chose not to talk about it rather than making guesses. That was probably a strategic mistake on my part.

While I’m lingering over my mistakes, I made a related one, when Craig emphasized a recent paper by Anthony Aguirre and John Kehayias. They examined the “emergent universe” scenario of George Ellis and Roy Maartens, in which the universe is in a quasi-static pre-Big-Bang state infinitely far into the past. Aguirre and Kehayias showed that such behavior is unstable; you can’t last in a quasi-static state for half of eternity and then start evolving. Personally, I didn’t think this was worth talking about; I completely agree that it’s unstable, I never promoted or defended that particular model, and I just didn’t see the relevance. But he kept bringing it up. Only after the debate did it dawn on me that he takes the specific behavior of that model as representative of any model that has a quantum-gravity regime (the easiest way out of the “beginning” supposedly predicted by the BGV theorem). That’s completely false. Most models with a quantum-gravity phase are nothing like the emergent universe; typically the quantum part of the evolution is temporary, and is surrounded on both sides by classical spacetime. But that’s so false that I didn’t even pick up that WLC was presuming it, so I never responded.